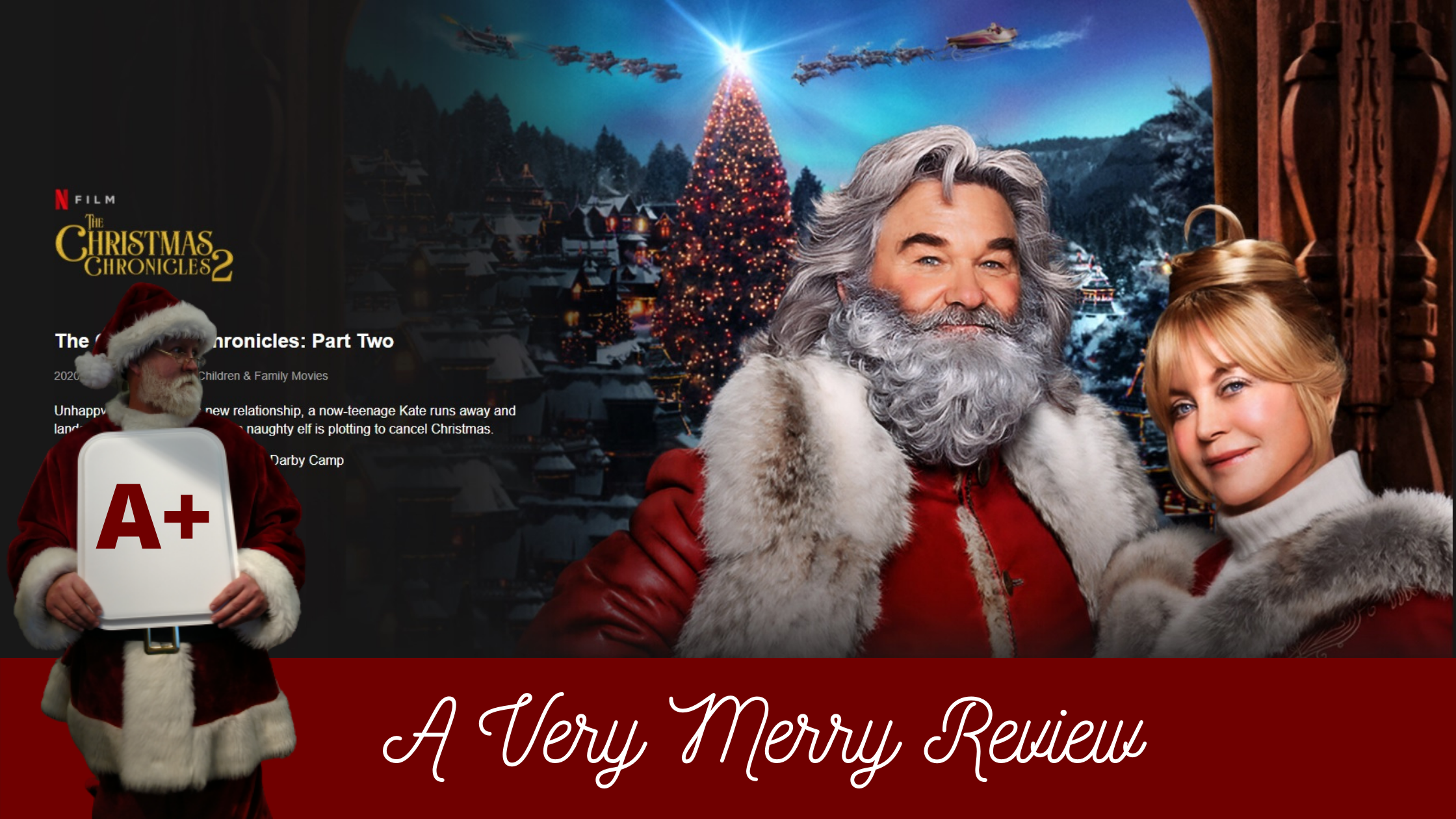 After months of waiting, the second installment of the Christmas Chronicles is available on NetFlix starting today – November 25, 2020!

As a novice Santa myself, I can honestly say Kurt Russell rocks the Santa look better than just about anyone out there.

His hair and beard look so natural and healthy that it only adds to his authenticity as Santa Claus.

Once again it is up to Santa’s True Believers to make Christmas a reality. They must work together to thwart the evil plans of an elf turned rogue.

You get pretty much what you would expect from a big Hollywood movie. A fabulous Santa’s Village creation covered in glistening snow and bright, shiny lights.

Kurt Russell plays the iconic character in true form from his bellowing laugh to the flick of his nose.

Kurt first met Goldie on a Disney musical set in 1968. It was called The One and Only, Genuine, Original Family Band.

Goldie was a dancer and several years older than Kurt. He was 15 and didn’t even have a car yet.

They met again in 1984’s Swing Shift and both were divorces but neither were looking for a relationship.

Through the years, they have stayed together but never been married…for four decades.

The star protects the North Pole and keeps it hidden from the outside world. So when it gets stolen by an elf-gone-bad, there is a reckoning to be had.

There’s time travel, magical reindeer versus magical hyenas, and cookies that can give you extraordinary powers.

When it is all done, goodness prevails and all is right at the North Pole once again.