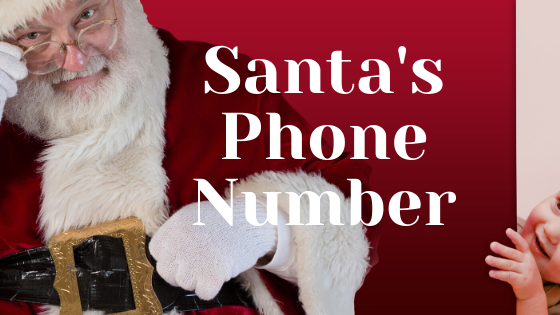 Does Santa Claus Have a Phone Number?

Wouldn’t it be awesome if Santa Claus had a phone number? Parents and adults can report their children’s behavior to him regularly.

Children from all over the world can call him and give him the list of their favorite toys and gifts.

But if the jolly old man had a phone number, wouldn’t it be ringing off the hook? If so, can you even have the chance to speak to the bearded man himself?

Also, considering that the North Pole is so far from the rest of the world, how good would be the phone’s connectivity?

Come along with me in this post as we find out these answers together!

Does Santa have a phone number?

If you want a straightforward answer, then yes! According to our secret source from the North Pole, Santa Claus has an official phone number.

When you call the number, be prepared to hear the jolly man bellowing ‘Ho Ho Ho’ into your ears!

Can you speak to Santa?

Now that you know the personal phone number of Santa, you might want to let your kids know that they can indeed call him.

There are no regulations that say that Santa receives a call on specific times of the day or night. His phone number is always accessible.

However, whether the children get to speak to St. Nicholas or not will depend on their excellent behavior.

Children who have been on their best behavior and are always on the good list get more luck for speaking to the Santa.

On the other hand, children who have been on the naughty list will have a lesser chance of speaking directly to Santa.

Additionally, you have to keep in mind that there are millions of children who call Santa on his phone number.

Children from all over the world call the same number at different times of the day and night. This can make it extremely difficult to connect to Santa personally.

Another reason why Santa cannot attend to every call is that he is swamped throughout the year.

Since Santa has to deliver millions of toys and gifts during the holiday season, he has to supervise the SW-NPL or Santa’s workshop-North Pole Labs.

Santa Claus himself does not make the toys, but he has thousands of elves who work on the toys and gifts.

Therefore, there is no way that Santa can answer each and everyone’s call.

This is also the reason why sometimes even children who have been on their best behavior may not be able to speak to Santa personally.

Calling Santa’s hotline – What you need to know

Although it can be fun to call Santa’s hotline, there are certain things you need to know before you call him. These include:

If you are a kid who is calling Santa’s phone number and he gives you a message about your parent’s love, it is only right that you reciprocate that.

You can give your parent’s a bear hug and tell them you love them too after you finish the call with Santa.

Is there another way to speak to Santa?

Calling the jolly man from a phone is always the quickest way to speak to him. However, there are other ways that your children can have access to Saint Nicholas.

One, your child can send his Christmas list and his letters to his postal address.

Another way you can reach Santa is to hand-deliver your Christmas list to the local post mall. It is also a good idea to include a letter to thank the Santa for his gifts!

There are lots of ways to communicate with Santa. You can sing to him or write a letter and mail it. You can leave him a letter on Christmas Even with the milk and cookies.

He loves to get letters from everyone and looks forward to reading them all.