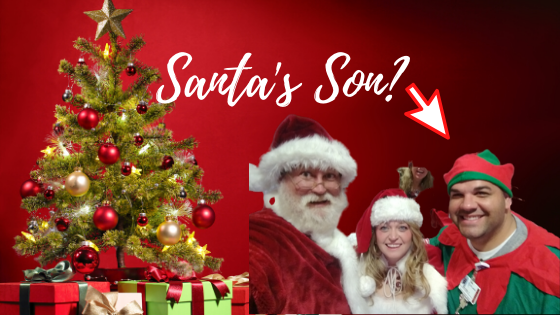 Does Santa Claus Have a Son?

There are very few people in the universe that loves children as much as Santa. Of course, every child is loved by their parents and those around them.

But no one has the power or the capability to take care of every child in the world.

Only Santa has the resources and the ability to make every kid’s dream come true. And he takes it to the next level- he greets them with open arms and a bellowing smile.

And he never misses one season of the holidays to bring toys to children all over the world.

Since he is so good with the children, it makes you wonder whether he has any children of his own.

If so, how does it feel to the kid of someone who is loved by children globally?

Santa and his early life as a bachelor

Did you know that Santa was a bachelor for a very long time? He appeared to be living his best life as an unmarried gift giver from the North.

He also delighted in supervising the making of toys in the Santa Workshop with the elves.

He also enjoyed bringing the gifts to all the good children during the holidays.

He could slide down as many chimneys as he wanted, and there was no one at home to scold him about his sooty clothes!

And he continued to do so until the 18th century.

No one knows the exact year that Santa married Mrs. Claus. But I am sure you will agree with me when I say it must have been a wedding to remember for ages!

Can you imagine the elves, the reindeer, and the snow?

It was in the year 1829 that the world was introduced to Mrs. Claus.

It was through a story called The Christmas Legend, which was written by James Reese, a missionary.

The story is not very well known in popular media, but it continues to be a favorite and touches the heart of its readers.

However, Mrs. Claus remained in the background and allowed her husband to shine.

It was not until the year 1889 that Mrs. Claus wanted to share the spotlight with her husband.

This was revealed in a poem called the Goody Santa Claus on a Sleigh Ride, written by Katharine Lee Bates.

So if Santa has a wife, does this mean he also has a son?

Well, both Santa and his wife are very private persons. They do not like to be public figures, although ironically they are.

So no one knows the exact details of their family in the North or if Santa does have a son.

But with what little is known to the world outside their magical realm, we do know that Santa appears to have a number of children, including a son.

Because of the secrecy of their life, there is no record of the names of Santa’s children. Although, according to some sources, one of Santa’s daughters is named Kitty Claus.

It appears that the children have all grown up and had children of their own. This means that Santa is also a grandfather, which partly explains his unending love for children.

The information about Santa’s grandchildren was revealed by the Elf Ernest while replying to a question by a child from Australia.

There have been many instances where the media has portrayed Santa’s children. The earliest record of Santa’s daughter can be traced to the 19th century.

In history, Kitty Claus has been a popular figure from a musical called Santa Claus’ Daughter, which was introduced in 1892.

Books and media also talk about the daughter of Santa that goes by the name Noel.

Another daughter’s name is said to be Holly. Other names that were used in television shows include Mary Claus, Kristin Claus, Annie Claus, and Cassandra Claus.

In one of the most popular animated movies is Arthur Christmas, Arthur plays the role of Santa’s son.

He is good-hearted just like his father but extremely clumsy and almost ruins Christmas for one little girl.

Arthur’s character, along with the rest of the cast, is animated, of course.

Does Santa have a son? We may never know because we respect Santa and his privacy with Mrs. Claus.

But whether Santa has a son or not, you can bet he is still making children happy all over the world.